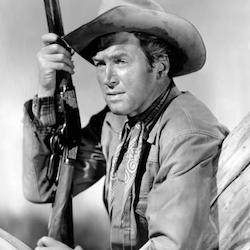 For this week’s episode, we continue with our Jimmy Stewart series as we visit Anthony Mann’s noir-western, Winchester ’73!

We highly recommend you watch the film before listening to the episode, because there be spoilers ahead. The film is readily available on streaming on Google Play, YouTube, iTunes, Vudu, and Amazon.

Please also join us again on January 21st, when we return with an episode about Rear Window!

In this week’s episode, we have a grand time talking about all that cake in Fritz Lang’s Ministry of Fear!

We highly recommend you watch the film before listening to the episode, because it’s loads of fun and we don’t want to spoil it for you. This film is available on DVD from Amazon and elsewhere, and if you’re lucky, there might still be an illicit copy of the whole film hanging out on YouTube.

Please join us on September 7th for the third and final movie in our Fritz Lang triple feature: Rancho Notorious!