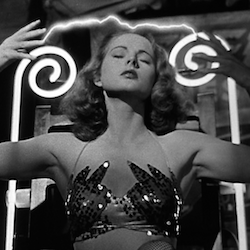 We figured you might like something special for the Halloween season, so this week, we give you the dark carnival noir Nightmare Alley!

We highly recommend you watch the film before listening to the episode, because we spoil the hell out of this film, and I assure you, you don’t want that. While this movie isn’t on most of the usual streaming channels, you can easily find a DVD for under $10, and a search on Google will bring you a dozen probably-illicit copies. (There is currently a copy on YouTube, uploaded in 12 parts.)

Join us on November 7th for our episode on Leave Her to Heaven!

Oh, and if you want that meme we were talking about in the episode… 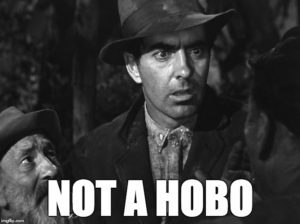 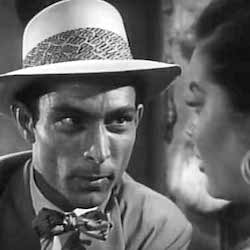 It’s been a while since we’ve had a truly sweet-spot criminals-and-dames noir on this podcast, so this week we’re bringing you one of the lesser-known gems of the genre: Kansas City Confidential!

We highly recommend you watch the film before listening to the episode, because we spoil a lot of the fun bits. In this case, you really won’t have an excuse to not see the film, because it is in the public domain and it is EVERYWHERE online. However, the image and sound quality vary greatly between the digital copies. We found an excellent version of the film on Hulu.

We still don’t quite know what our next episode will be, but it will arrive on October 21st!